Are The High Protein Diets Followed by Bodybuilders/Weight Trainers Safe? 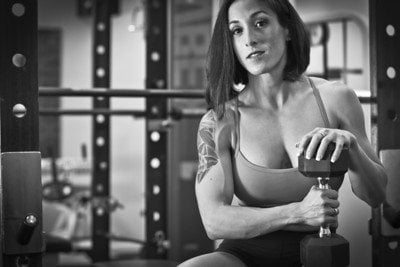 Among the “controversial” nutrition practices often criticized in newspapers/magazines and other media articles are the high protein diets followed by bodybuilders, strength athletes, and CrossFit enthusiasts. Registered dieticians, the health professionals whose job largely involves the formulation of diet plans for sick people, are often quoted in these articles giving warnings about the purported dangers of “high protein diets.” Their warnings usually center around the following four (4) claims:

Each of these claims will be addressed separately, but we should first define some terms and principles.

Macronutrients, known to fitness enthusiasts as “macros,” are food categories that the body requires in relatively large amounts. Protein is one of the three nutrients found in food that the body requires in large amounts. Therefore, protein is a macronutrient. Carbohydrates and fat are the other two “macros.” Protein is essential to the human body for repair and growth. Proteins are made of small components called amino acids. There are hundreds of amino acids that exist in nature, but the human body only utilizes 22 of them. The human body can produce all but nine of the amino acids that it needs. These nine are called “essential amino acids.” We must obtain these essential amino acids from the food that we eat.

What exactly is a “high protein diet?”

According to most registered dieticians, a high protein diet involves consuming 15% or more of total caloric intake as protein. But this definition leads to some difficulties when we are discussing athletes. For example, let’s say you are at the upper end of what these people consider a high protein intake, which is 35% of your total caloric intake. Let’s further imagine that you are a female figure competitor that lifts weights and is on a strict diet that only permits 1,000 calories a day (1,000 calories/day would amount to a starvation diet in most athletic men). Therefore, if you consumed 35% of those daily calories as protein, you would be consuming only 87.5 grams of protein a day. Experience from the strength and power sports sciences informs us that this is not enough protein to support meaningful muscular growth/repair.

How does protein intake relate to muscle building?

There are two (2) general metabolic processes in the body: “Catabolism” and “Anabolism.” The word “catabolic” refers to a breakdown process of body tissue. For example, in regard to muscles, elevated cortisol levels can promote the breakdown of muscle under high stress circumstances. Injected or orally consumed corticosteroid medications in certain circumstances can similarly weaken/breakdown tendons and connective tissue. In contrast, the word “anabolic” refers to a buildup process of body tissue. When it comes to the promotion of muscular growth the emphasis is usually placed on “anabolic” reactions.

An anabolic effect in muscle involves increased muscle protein synthesis (MPS). Increased MPS is promoted by resistance exercise and the ingestion of essential amino acids, particularly the so-called branched-chain amino acids, with leucine being the most beneficial in this regard. Your muscles grow when the rate of MPS exceeds that of muscle breakdown. Stated a little differently, muscular growth is the result of a dominance of anabolic effects over catabolic effects. At rest, catabolic effects dominate, but with the stimulus of resistance exercise and nutrition, anabolic effects such as increased MPS dominate. Nonetheless, both processes, anabolic and catabolic, are constantly occurring in the body.

Do high protein diets really cause significant dehydration or loss of water?

Water is definitely required to excrete the primary breakdown product of protein metabolism, called urea. Urea is produced in the liver when amino acids from protein are processed. The nitrogen portion of protein, which comprises 16% of protein, is converted into urea, a water-soluble substance that is then sent to the kidneys for excretion. Again, the excretion of urea does require water to pass it through the kidneys in order to dispose of the urea out the body. The more protein you consume, the greater will be your urea excretion, since not all the protein you consume will be used for muscle-building purposes. In fact, those who consume huge amounts of protein each day, such as over 300 grams, are excreting large amounts of urea, along with the accompanying water to process/filter out that urea. It is this physiological fact that has caused critics to warn that consuming a high protein diet will cause dehydration. What these critics fail to consider is that the body is constantly replenishing its water from various sources. If you drink sufficient water, and consume foods that are largely composed of water, such as fruits and vegetables, the odds of becoming dehydrated from consuming a high protein diet are non-existent in normally healthy individuals.

Do high protein diets really cause loss of calcium and weakening of bones?

Another criticism of high protein diets is the claim that they cause a loss of calcium in the body. Calcium is a very important mineral involved in maintaining bone mass and a variety of other functions that include muscular contraction and blood clotting. Calcium is also important for nerve function. The idea that consuming a high protein diet will lead to calcium loss is based on the fact that some amino acids, (the components of protein), are acidic. Certainly, all amino acids have some acidic properties, (which is why they are called amino *acids*). But some are a somewhat more acidic than others, like the sulfur-containing amino acids, methionine and cysteine. Critics argue that when these amino acids are metabolized, they increase the acid load of the blood. The body always seeks to maintain a certain constant level of acidity in the blood, so when these amino acids are released into the blood, the body seeks to buffer or bring down the acidity by producing hormones that release of calcium from bone. Just like the “Tums” tablets (that contain calcium) that people chew to reduce stomach acid, calcium is a natural buffering substance that reduces the higher acid levels that result from amino acid metabolism.

But, there is a problem with the calcium depletion theory promulgated by high protein critics. Calcium is not the only buffer or acid reducing substance at the body’s disposal. Sodium bicarbonate (you are familiar with it in its form as baking soda) is also naturally produced in the kidneys and is a potent blood buffer. In addition, more recent studies show that high protein diets actually appear to protect bone mass. This is accomplished by the release of a hormone called insulin-like growth factor-1 (IGF-1), which among other functions, helps to maintain bone mass.

For real, do high protein diets actually “make you fat”?

This one always gets a chuckle and is certainly news to the legions of bodybuilders and other athletes who, over the years, have used high protein diets to successfully lose body fat. Indeed, when various popular diets are compared in science publications, the high protein diets consistently prove superior to lower protein diets for improvement in body composition, such as greater body fat loss and more retention of lean mass (muscle). In active people, such as bodybuilders or those who regularly participate in sports, excess consumed protein is oxidized in the liver, with the nitrogen portion of the protein converted into urea and excreted out of the body through the kidneys and urinary tract. None remains to be converted into fat.

The claim that protein can increase body fat seems to come from the simple fact that protein does contain calories, precisely four per gram, and any EXCESS calories consumed can theoretically be converted into body fat. Just one problem: this generally does not happen in people who exercise vigorously.

Even with people who do no exercise nor participate in any sporting activity a study published in a major medical journal a few years ago examined sedentary human subjects with diets that contained either high protein, moderate protein, or low protein proportions. This study found that those having the highest protein intake not only didn’t gain body fat, but also showed the greatest loss of body fat compared to the moderate and low protein intake groups.

Clearly, the likelihood of getting fat from protein is comparatively remote. Nutrients other than protein are far more potent at promoting fat gains, such as refined carbohydrates and dietary fat, both of which are easily converted into body fat when consumed in excess of energy needs. Of course, people can get fat from consuming an excess of calories in relation to their physical activity. But this discussion centers on high protein intakes among people that strenuously exercise.

The most alarmist claims made about high protein diets is that they cause kidney damage and eventual failure. As noted, when you consume a high protein diet, you are placing a greater processing demand on the kidneys because of the greater urea production that results from the higher protein intake. In actuality, in the human population, the risk of kidney damage and subsequent failure is far higher among those who chronically consume non-steroidal anti-inflammatory drugs (NSAID’s), such as ibuprofen and naproxen. Kidney damage is also far more prevalent in people with untreated high blood pressure.

The idea that consuming a high protein diet is harmful to the kidneys derives from studies of humans with pre-existing kidney disease. In humans, the standard medical advice for those with confirmed evidence of kidney disease is to keep protein intake low in order to reduce the physiologic burden on the diseased kidney(ies). No one argues that consuming a high protein diet makes the kidneys work harder, especially diseased kidneys. But the issue in this discussion is whether this also applies to normally healthy, active people without existing kidney disease. And, at present, there has been no conclusive short or long term scientific evidence that confirms that high protein diets directly cause kidney damage or kidney failure in normal, healthy, active people without existing markers of kidney disease or impending kidney disease.