Concussion Recovery May Take Longer Than We Think 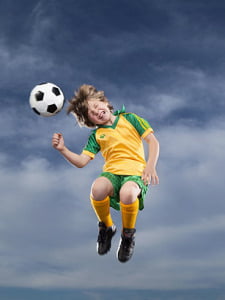 A recent study led by Anthony Kontos, PhD, from the University of Pittsburgh now suggests that recovery from a concussion might take much longer than the presently accepted range of 7 to 14 days.

This 7 to 14 day recovery period, based on certain peer-reviewed journal articles as well as a consensus statement published in the British Journal of Sports Medicine, was derived from studies of male American football players that looked only at neurocognitive tests performed on them as well as a recording of symptoms they reported. 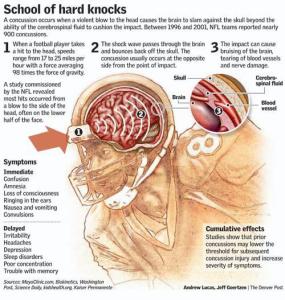 Clinical Decisions Based Upon Minimal Information May Be Risky

However, Dr. Kontos and his colleagues recognized that it might be risky to send young athletes back to play on the basis of a somewhat limited set of parameters. “More and more people are starting to realize that you need to take a comprehensive approach so that you don’t send a kid back who might be recovered on one measure but not another” says Dr Kontos.

In fact, in the study conducted by Dr Kontos and his colleagues, athletes took 3 to 4 weeks to recover, and women took longer than men!

To test the accuracy of this, Dr Kontos’s team followed 24 female and 42 male high-school and college athletes after a diagnosis of concussion in accordance with established medical guidelines. The mean age of the athletes was 16.5 years.

The athletes were tested every week for 4 weeks after the diagnosis. Measures of symptoms, verbal memory, visual memory, visual motor processing speed, reaction time, dizziness, and balance and visual-motor symptoms were self-reported.

The biggest improvements in self-reported symptoms occurred in the first 2 weeks, but they continued to improve up to 4 weeks.

Balance and visual-motor symptoms lasted 1 to 3 weeks, and verbal memory impairment continued up to 4 weeks.

The male athletes were 2.5 times more likely than the female athletes to have recovered by week 4. Females reported more dizziness, balance and visual related symptoms than males.

The study ran out of funding after 4 weeks, but some imaging studies suggested abnormalities beyond that time period, said Dr Kontos.

On the basis of these findings, Dr. Kontos suggests that health care providers use more than one measure to assess whether an athlete has recovered from a concussion. Certainly, the experience of many health care providers and team physicians suggests that having general expectations for full resolution of concussions within two (2) weeks is simply not reasonable. Although many cases of concussion appear to resolve within that period of time, certainly not all do. And it is this reality that should be kept in mind with regard to our young athletes.