Depression and Pain: What We Can Learn From Retired Pro Football Players? 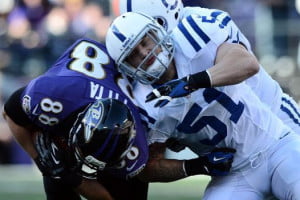 Retired professional football players experience levels of depressive symptoms similar to those of the general population, but the impact of their depressive symptoms is compounded by high levels of chronic pain. The combination of depression and pain is associated with sleep disorder, problematic social relationships, financial difficulties, and problems with maintaining exercise and fitness. In particular, it is often observed that musculoskeletal disability and chronic pain interferes with the ability to maintain physical activity and fitness during retirement. The reduction in fitness, therefore, increases the risk of depression. 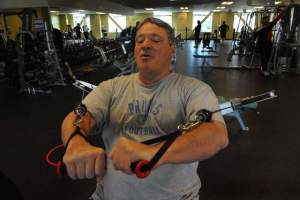 Television programs like HBO’s “Real Sports” are replete with feature stories of the difficulties professional athletes have transitioning from a full-time elite athletic career to retirement. It is generally believed that the transition is difficult and traumatic because of the sudden cessation of the demands of elite athletic performance, compounded by the sudden loss of the athlete’s intense devotion to professional athletic competition and its attendant rewards. At the elite level, the athlete’s life is carefully organized around his or her performance, as are support personnel and extensive logistic and financial resources. Upon retirement, professional athletes have reported bewilderment in the transition to a life that is absent of such intense commitment. The resources and personnel that once organized and managed their lives are now gone, and the rewards, both emotional and financial, are diminished….if not vanished entirely.

We are presented with all sorts of stories and studies in the popular media. We see that a number of studies have described the risk of suicide in active college athletes, the risk of depression in college graduates who were previously varsity athletes. We are becoming familiar with the association between concussion(s) experienced during active professional football participation and the diagnosis of mild cognitive impairment later in life…or even Chronic Traumatic Encephalopathy (CTE). We are even made aware of suicide in professional athletes or other injured athletes. But despite all these articles and reports, we hear little about the simple association between depression and pain among retired National Football League (NFL) players.

Yet it is the combination of depressive symptoms and pain that puts retired players at the highest risk of significant difficulties in retirement. The relationship between depression and pain in the general population, alone, is important and complex. A systematic review of almost 60 studies of the co-morbidity of pain and depression showed that roughly two thirds of patients with major depressive disorder had significant pain symptoms, and roughly half of patients seen in chronic pain clinics met criteria for major depressive disorder.

Given what we are seeing in the general population, the frequency with which retired professional football players report difficulty with pain seems to put them at additional risk of both developing depression and experiencing the associated difficulties with retirement mentioned previously. Depressive symptoms and pain interact to result in a strong tendency toward sleeping problems, difficulty with aging, loss of fitness and lack of exercise, financial problems, and overuse of prescription and recreational drugs, as well as alcohol.

In summary, we can we learn the following (and more) from retired professional football players: