Did you know that cheerleading accounted for 65% of all catastrophic injuries in high school girls and 71% of college women? 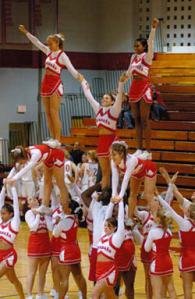 Yes! Between 1982 and 2009 these were exactly the statistics gathered in a statement on cheerleading that was recently issued by the American Academy of Pediatrics.

However, research has shown that cheerleaders are at a disproportionately high risk for catastrophic injuries, which include skull fractures and spine injuries.