Did you know that dangerous drug interactions with grapefruit are on the rise? 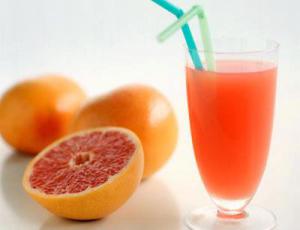 Yes, they are! And this is largely due to a number of new medications and chemical formulations recently introduced to the market.

The list includes some statins that lower cholesterol (such as atorvastatin, lovastatin, and simvastatin), some antibiotics, cancer drugs, and heart drugs. Most at risk are older people who use more prescriptions and buy more grapefruit.

Here’s what happens: Grapefruit contains furanocoumarins, which block an enzyme that normally breaks down certain medications in the body. When it is left unchecked, medication levels can grow toxic in the body.

It’s not just grapefruits, either. Other citrus fruits such as Seville oranges (often used in marmalade), limes, and pomelos also contain the active ingredients (furanocoumarins), but have not been as widely studied.

Researchers searched the medical literature for articles on grapefruit and drug interaction using key terms. They also looked at prescribing information for recently approved drugs in Canada. Their findings appear in the Canadian Medical Association Journal.

Drugs that interact with grapefruit are taken by mouth. The degree of the grapefruit effect can vary. With some drugs, just one serving of grapefruit can make it seem like a person is taking multiple doses of the drug.

This interaction can occur even if grapefruit is eaten many hours before taking the medication. For example, simvastatin, when taken with about a 7-ounce glass of grapefruit juice once a day for three days, produced a 330% greater concentration of the drug compared to taking it with water. This can cause life-threatening muscle damage called rhabdomyolysis.