Do you know that more than half of all hamstring injuries in the NFL occur before the regular season even starts? 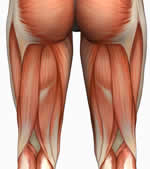 Yes! And a great number of them take place during the first few weeks of training.

Dr. Marcus Elliott and colleagues at ‘Peak Performance Project,’ a Santa Barbara, California-based institute, extracted hamstring injury reports from the National Football League’s Injury Surveillance System that were collected from 1989 to 1998. More than half of the strains – 904 – occurred during the shorter preseason, which lasts 7 weeks, compared to the 16-week regular season.

The data shows a spike of injuries during July and August. This suggests that athletes are losing condition during the off-season before suddenly immersing themselves in aggressive activities involving running, jumping, and cutting..

In total, players suffered more than 1,700 hamstring injuries over the 10-year period. An earlier study found hamstring pulls were one of the most common maladies in pro football, second only to knee sprains.

Just one in five of the hamstring injuries were the result of contact, the researchers found. The rest happened from running, jumping, and kicking, which suggests how preventable these injuries actually are.

Prevention involves more than strengthening the muscle. Balance, running mechanics, strong trunk muscles, and proper timing of the hamstring’s activity during motion are all important.

“Eccentric” training (pronounced ‘ee-centric’) appears to help protect the hamstring. It involves motions that stretch the muscle as it is contracting. But doing this properly involves very careful instruction in very specific techniques and selections of exercise, which our office provides.

Hamstring pulls don’t have the potentially devastating consequences of head injuries – which can be career-ending or permanently damaging – but the data clearly shows that athletes pay the price for early-season strains. One in five injuries in the regular season, 155 over the 10 years, were re-injuries.

Dr. Elliott’s study is the most extensive look at the patterns of hamstring injury in professional football, NFL Charities, a non-profit founded by the NFL teams, funded that research.