Painkiller-Related Deaths Among Women Are Skyrocketing 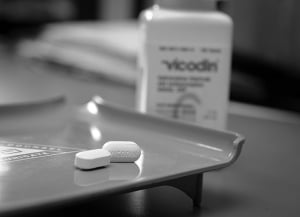 The number of women dying from overdoses of opioid painkillers increased 5-fold between 1999 and 2010, according to new data released on July 2, 2013 by the US Centers for Disease Control and Prevention (CDC).

There were 4 times more deaths among women from prescription painkiller overdose than for cocaine and heroin deaths combined in 2010. In 2010, there were more than 200,000 emergency department visits for opioid misuse or abuse among women — about 1 every 3 minutes.

Studies have also shown that women may become dependent on prescription painkillers more quickly than men and may be more likely than men to engage in “doctor shopping” (obtaining prescriptions from multiple prescribers).

“These are dangerous medications,” Dr. Frieden said. “They should be reserved for situations like severe cancer pain, where they can provide extremely important and essential palliation, but in many other situations, the risks far outweigh the benefits. Prescribing an opioid may be condemning a patient to lifelong addiction and life-threatening complications.”

The CDC is now encouraging medical doctors to take the following steps when treating women for pain:

Our office utilizes a wide spectrum of drug-free treatment and management strategies for musculoskeletal pain and injuries including rehabilitative exercise, applied nutrition, Chiropractic, and manual therapies.

Problems we successfully treat include, but are not limited to, the following: