Resistance/Weight Training Superior For Shrinking Cardiac Fat In The Obese 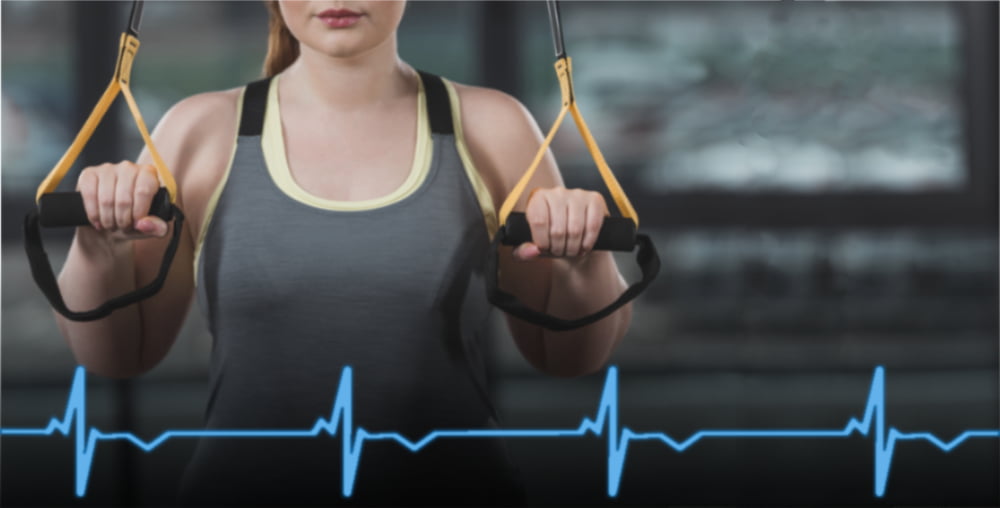 We often hear it said, without any factual basis, that endurance type exercise is beneficial to heart health but weight/resistance exercise is not. This has been repeated so often that it has become generally accepted as a fact in popular conversation without any question or dispute.

However, a recent Danish study suggests quite the opposite.  This study was specifically designed to determine the effects of different types of exercise on the amount of fat infiltration around the pericardium – the membrane enclosing the heart. The study was published July 3, 2019 in JAMA Cardiology.

This study found that BOTH endurance and resistance-training exercises can shrink cardiac fatty tissue, but don’t work equally well on both kinds of fat around the heart. Studies like this one are getting attention because the amount of fat around the heart may be a risk factor for cardiovascular disease. MRI was the imaging tool used to measure this fat in this study.  The study group was comprised of 50 usually sedentary, centrally obese adults with a mean age of 41. 26% of those studied were male.

Both types of exercise were associated with reduced mass of epicardial adipose tissue, fat that lies directly on the myocardium (heart muscle). But only resistance training reduced the amount of pericardial fat, the fat which builds up just inside and within the pericardium, the membrane enclosing the heart.

The study involved 50 adults with normal cardiac function who were randomized and assigned to undergo 12 weeks of either high-intensity interval endurance training, resistance training, or no exercise. The investigators were “blinded” so as not to know which individuals and exercise programs were being performed. The actual exercise activities were supervised by non-physician trainers.

Several drugs, including some lipid-lowering agents, as well as bariatric surgery, have been shown to successfully reduce epicardial fat mass and the risk of developing cardiovascular disease. However, an increasing number of people are seeking to avoid drugs or invasive approaches and are looking at exercise training as a possible means of reducing excessive cardiac fat and reducing cardiovascular disease risk.

In this study, participants assigned to one of the exercise groups performed three weekly 45-minute training sessions over a 12-week period. The endurance exercise group performed high-intensity interval exercise performed on a bicycle ergometer. The resistance exercise was designed as a 45-minute interval-type, medium-load, high-repetition, time-based weight training program. The participants were asked to maintain their regular lifestyle during the study. The diets and general non-exercise activity levels were also monitored.

Do You Want To Start An Effective, Safe Weight Training Program For Improved Strength and Health?

Our facility, Performance Sport Care in Walnut Creek, CA, is the area’s best equipped, small, private strength training and exercise rehabilitation and sports chiropractic facility. We offer close, personal, professionally supervised instruction on a variety of state-of-the art strength training programs. Our programs involve the same protocols and the very same equipment used in professional sports, but are custom tailored to be compatible and safe for people of different ages and fitness levels. If you are interested in improving your strength, improving your physical appearance, and reducing injury risk factors please contact us with your questions or concerns.

We are are the leading Sports Chiropractic and Rehabilitation facility located in Walnut Creek, CA. Feel free to contact us with your questions or concerns at (925) 945-1155 or request an appointment.