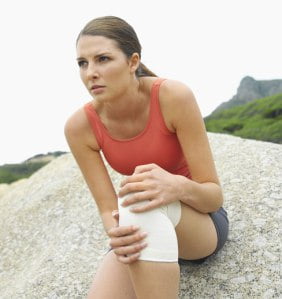 The correct term for runner’s knee is “patellofemoral syndrome.” This is the most common injury in runners and it accounts for up to 30% of running injuries. It is characterized by dull knee pain located around or “behind the kneecap.” It usually has a gradual onset and is usually made worse with ascending or descending stairs, or running downhill. Patients with this condition often experience stiffness when straightening the affected knee following a period of prolonged sitting (the so-called “theatre sign“). In a previous article posted on this site, flat feet, hyperpronation of the feet, femoral anteversion, and an increased quadriceps angle (“Q-angle“) were identified as factors often associated with this condition.

Based upon research recently published in the British Journal of Sports Medicine comes concerns about gluteal muscle strength and the balance of strength between the component gluteal muscles as it pertains to certain ultimate stresses on the patellofemoral tracking mechanism. 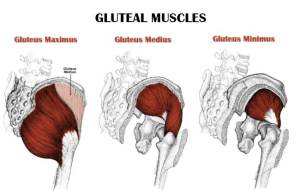 Our office offers for many, a distinctly successful protocol for “Runners Knee” sufferers that addresses some of the significant muscular/mechanical factors that cause this condition to be problematic. In many cases, particularly those uncomplicated by co-existing medical /orthopedic disease, we have observed positive results in as soon as 3-5 treatment sessions. We invite those who are suffering with this injury to arrange a consultation with us to determine if our protocols might be right for you.